Took photos in remote San Jose area early Sunday morning.  Photos of me and my switch in the wilds.  San Jose City has left open the land, several blocks for the homeless.  I had a male slave take the photos.  One photo will be posted later today.  After the photo shoot, I told the sub to place my switch on his fridge in the kitchen.  It has begun.  He is passive to strong dominating women like Diva.  Whatever she tells him, he must do OR he will get pinched & switched  - OUCH!!!  His fantasy:  to be taken to the hills and branded by Diva.  Diva is unpredictable.  He will never see it coming.  Look for her hot smile Buttercup.  It is coming your way.

Later that day, I drove over to the nursery for my favorite bamboo plants.  Bamboo has fresh caning sticks for my male and femael subs.  The balcony will become "My American Wh*re Story" for Halloween 2012.  My balcony is my movie theatre.  The rude neighbors are still being filmed by my surveillance camera.  How DARE them push a single white woman who graduated from Cupertino High School.  Cupertino is blocks away from Apple headquaters.  This is America not your dark depressed country.  I shut them up!  HA - Last night, I got a call from one of my another boob worshipping male slave who trades for a living.  I told him what I did to the rude neighbors.  We were laughing our heads off.

He will wine and dine his Diva for dinner and drinks.  I like him a lot.  My fantasy:  make a hot casserole dinner for the rude neighbors with ex-lax.  They will be spilling their guts out on the toilet.  I'll show them who is the boss.  HA HA HA 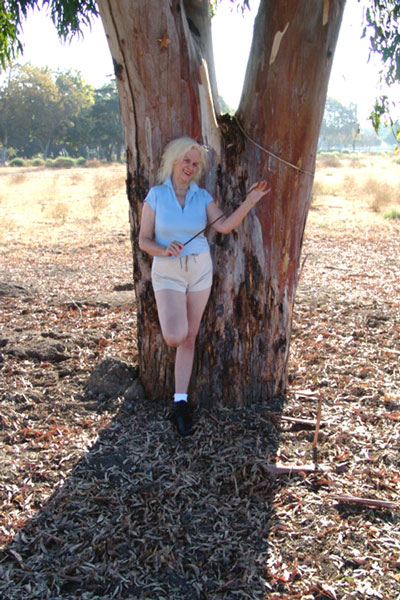