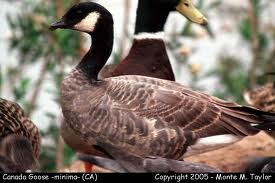 Just about to hit the freeway, and see something on the expressway divider line.  Oh no, an adult, wild goose was hit sitting there with broken wings head drooping.  I pulled over and called 911.  The hit bird was on the San Tomas Expressway going south just before the 17 freeway over pass, a very dangerous place to be stranded.  It trigger off huge emotion in myself.  I saw the broken bird and felt broken spin-ned to crying.  It shocked me as I witnessed  the helpless bird on the dangerous road.  I made it to my back adjustment.  I'm in the office sobbing,  I had to leave.  Called my stripper daughter about the hit bird.  She told me about a dog that was hit, it rolled under a truck, ran off to the road side.  She went back, the dog took a few puffs and died.  Seeing the wounded bird shows us all how life is fragile, how we need to help one another when in trouble.  I felt like the broken bird.  It took awhile to settle my emotions down, edited photos, talked to a bunch time wasters.  Did update for Southern Charms, teacher sweeps kitchen floor in bare feet.  Called sub Buttercup, we chatted about tens.

Later than evening had a request to switch a successful executive.  I will post the new switch he made for himself from his yard.  I found myself up near Palo Alto with the full moon on his estate.  It was most beautiful my nostrils filled with tree aroma in the night air.  It was so amazing to be in such abundance.  He and I felt thankful to know one another.  Most of the time he's dominate but wanted to switch with his school teacher Miss Zoe, Fetish Diva Diamond.  It's getting around all the quirky fetish sessions I provide for high power people.

So, I went from near road death to bright stars/moon in the sky on a wealthy estate.  LOL.
Collapse