Bikram yoga is the hardest exercise I"ve ever done.  It works.  Just before class the female owner spilled my water on the room floor.  She was sweaty apologetic.  I know what happens after class.  The body reroutes itself and throws your judgment off balance.  I have spilled water many times during and after class.  She mopped up the water with her towel and my towel. LOL.  Today, I took a short nap in my car near Saratoga, California library.  After my short 20 minute nap, I searched on iPad for movies in August.  It 's been a long wait to see Elysium and JOBS (Steve Jobs movie).  Now for the latest news about my 3 cats.  Last night my stripper daughter call them the "FAT BOYS".  Summer time makes them fatter.  I've been letting them out in the morning for fresh air.  New "FB" names are .......Box Care Buddy, he's 20 lbs, chubby CHUBBS, he's mellow, sometimes has a meowing "mow mow" mouth to go outside and  ..... EXTRA LARGE Peanut Jr.  He will always be the trouble maker. 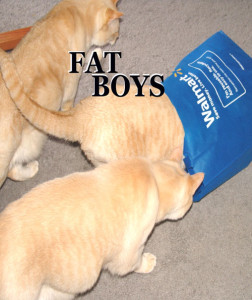 In the year 2154, two classes of people exist: the very wealthy, who live on a pristine man-made space station called Elysium, and the rest, who live on an overpopulated, ruined Earth. The people of Earth are desperate to escape the planet's crime and poverty, and they critically need the state-of-the-art medical care available on Elysium - but some in Elysium will stop at nothing to enforce anti-immigration laws and preserve their citizens' luxurious lifestyle. The only man with the chance bring equality to these worlds is Max (Matt Damon), an ordinary guy in desperate need to get to Elysium. With his life hanging in the balance, he reluctantly takes on a dangerous mission - one that pits him against Elysium's Secretary Delacourt (Jodie Foster) and her hard-line forces - but if he succeeds, he could save not only his own life, but millions of people on Earth as well. -- (C) Sony ... More