This weekend, Fetish Diva Diamond "FDD" is up in the Santa Cruz mountains with her lady friends (secret of society of dominating women "SSODW").  A male slave (tries to empress every woman he meets with big educated words, a know-it-all, uses pumped up gooie love word) begged all the dominating ladies to hold a special gathering for his bottom branding.  These men are tested for sincerity to see IF they are serious about branding.  Most males are full of hot air and lie to get only what they need.  They do not care about the women they manipulate and use for their sexual gain.  Fetish male slaves live in their made up fantasy world which is not real.  Their fantasies deceive their loser mentality.  They think they are hot shit but just full of their own stinky doo doo.  This one male slave begged to be branded.  FDD found it terrible-ly pathetic to watch a loser male beg to be owned (whatever, like she cares, laughing - ha ha ha).  Slap a brand on his ass and make him cry like a pig (he is not good enough to be be called a pig), watch him grab his bare bottom (yawning and bored with a nice grin).  He's running around with limp wee wee till his bottom somewhat cools offa-laffa - he he he.  All the Ladies laughing at his sobbing tearful crunched up little boy face.  As he enters the circle with his hard wee wee knowing he is now owned.  For years he fought his need to be branded.  This male slave asked many time to be branded and chickened out.  After his failure to seek a normal life, he crawled asking for forgiveness to sniff his Mistress and her wet tap panties.  He paid, bought normal women to give him what he desired.  His search for perfect love failed.  His desperate, search for LOVE ONLY me, he never found!  He did not get it that normal women smelled his cooties 24/7.  He even blamed the women for his pathetic-ism.  That is a new word in our dictionary for SSODW (secret society of domination women).  He confessed he chased after many women to get them to do what he wanted.  He admitted he was selfish.  He knew he only cared about himself and not the women.  Not even one normal woman wanted him.  He was all alone craving tap panties in his face from the one Mistress he took advantage of and did not appreciate.  That Mistress over extended herself for what he needed.  He took advantage of her time and life.  He's been branded for his selfishness as in movie "The Girl who Played with Fire".  Now he's owned forever by his Mistress and all women will know that his is owned by the brand on his bare bottom. 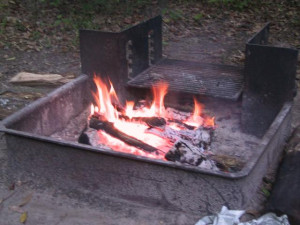