Big factor with fire is safety.  Candles, matches, curling/sealing/clothing irons, garment steamers, heaters, light bulbs, cigars, cigarettes, lighters, stove grills, hot steamed towels ... is there anything else Mistress?  YES!  Leave it up to creative bottoms/masochists, they will come up with fire teasers.  How about a small barbecue or camp fire Mistress.  Yes, they want that too where with no pants squating over or near the fire while everyone laughs at them.  Most subs who like fire play have the fantasy of being branded. Yesterday, the new sub confessed that his significant partner never looks at his body. So when he does fire play that person does not give a damn about his body.  When he has missionary sex with his partner ... it is done in old sweats.  He expressed his loveless sex story how his partner torments him. I think in a very BIG way this partner is dominating him.  LOL.  So the new sub knows where he can go and get his battery recharged.  HA HA HA ~~~ It started with a gentle tease then to blindfold ..... and last, tied helpless to the bed.  If face down they are asking to be branded.  But he was face up and tied so he could not get away.  When I scanned over his aurora he was surrendering himself to my beauty.  I did not know about his gym sweats sex with partner.  I meet him in school teacher skirt and blouse with flat shoes.  After tied up, I changed into black leather, fishnet DOM attire for his pleasure.  I teased him carefully with the heat of different objects.  Close to feel it, but not on the skin.  It was skillfully done with seduction and erotic teasing.  His psycho-drama from his lips  ..... that I un-blindfold him to see my beauty.  THEN in his fantasy, brand him on the inside of his inner thigh for asking the blindfold removed.  Psycho-drama, make them think you are going to do it, BUT you don't!!!  He wanted to be branded and knew his partner would not care.  What this new sub likes is the danger of the fire. 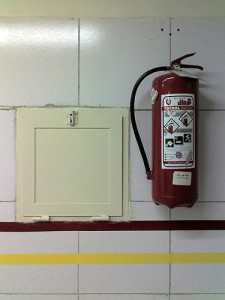