Here we GO, story of my ZoeZane.com site.  From it's conception, encouraged by Kitty Foxx and husband Alan 1995 (Geocities, Yahoo blah blah blah)  get your site up Zoe!  Kitty and Alan saw my stardom.  ok ok OKAY.  I'm in Silicon Valley Green and how can I do this?  Truth said:  my low quality site generated more green via other avenues.  The Interent and members saw I was real and Zoe Zane likes what she does.  They saw the whore at work.  HA HA HA

Kitty Foxx's website is no longer on the Net.  Her site was low quality when she died.

Her husband Alan built the site, took photos and video.  He promoted Kitty all the way to Hollywood to a main stream movie "Freeway" with Reese Witherspoon and Kiefer Sutherland.  In the movie, Kitty did a great die scene. http://www.imdb.com/title/tt0116361/fullcredits?ref_=tt_ov_st_sm

1995, zoezane.com site was free. 2003, my pay porn site went up.  I had a boyfriend who wanted to marry a whore.  I never married him.  A sex narssisstic manipulator that got HIS way.  2003, I paid a female to develop my pay site.  She put together a site that was this and that (IAMTROUBLE.com, model Masumi Max supported what I wanted).  Eventually, I fired the female webmistess, she didn't do timely updates.  The old boyfriend became my webmaster.  Huge learning curve for both of us.  He took photo/video, my site hit huge traffic with my live cam show on CamZ. TONS of traffic moved my way.  I was pleased.  The most I ever made off the pay site was $750 a month.  My pay site was a big advertisement for love work.

RED ALERT:  I felt like a race horse in my attempt to keep up the Sexy Miss Lizz, Deauxma, and other Southern Charms ladies.  That's why the quality is "so so" and the site needs a facelift and weight-loss programmer.  HA HA HA  -Hacked many times, content stolen, I felt raped.  The boyfriend was looking for his whore to marry.  He found her and dumped me.  Heartbroken.  On my own, kept going.  I knew the site needed surgery from online porn reviews.  I asked a professional web designer to redo the site.  He said yes and took my money (retired cop San Francisco).  He didn't redo the site.  I've made many HUGE attempts to clean it up.  I didn't want to get ripped off again.  Why bother when good green pours your way.

THINKING.  Now selfie is da bomb by MADONNA.  Her photos are stupid unclear.  Whatever Internet.

Differnet direction:  I hit the road to see friends that appreciate my efforts that make us both happy 2014-2015 (traveling for fans).

Most providers use templet sites 2015.  I did one this year. www.zoezanephoto.com

Ah what the H.  Maybe I will put the site at $15.00 a month and I get a 1 cent increase.  Laughing.
So come rape me for fifteen dollars.  LOL.  That's a cheap fuck.  Are you laughing Kitty Foxx? 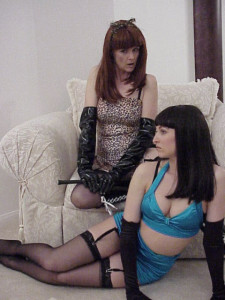 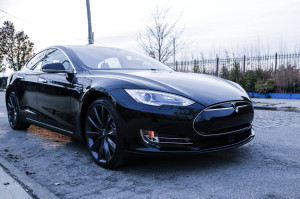 I completely relax knowing my dark gray Tesla is parked in the garage. Ecstatic. Thrilled. Jumping. Arms up high. Elated. Thank you Universe. Thank you Angels for this gift.  Zoe Zane
Collapse